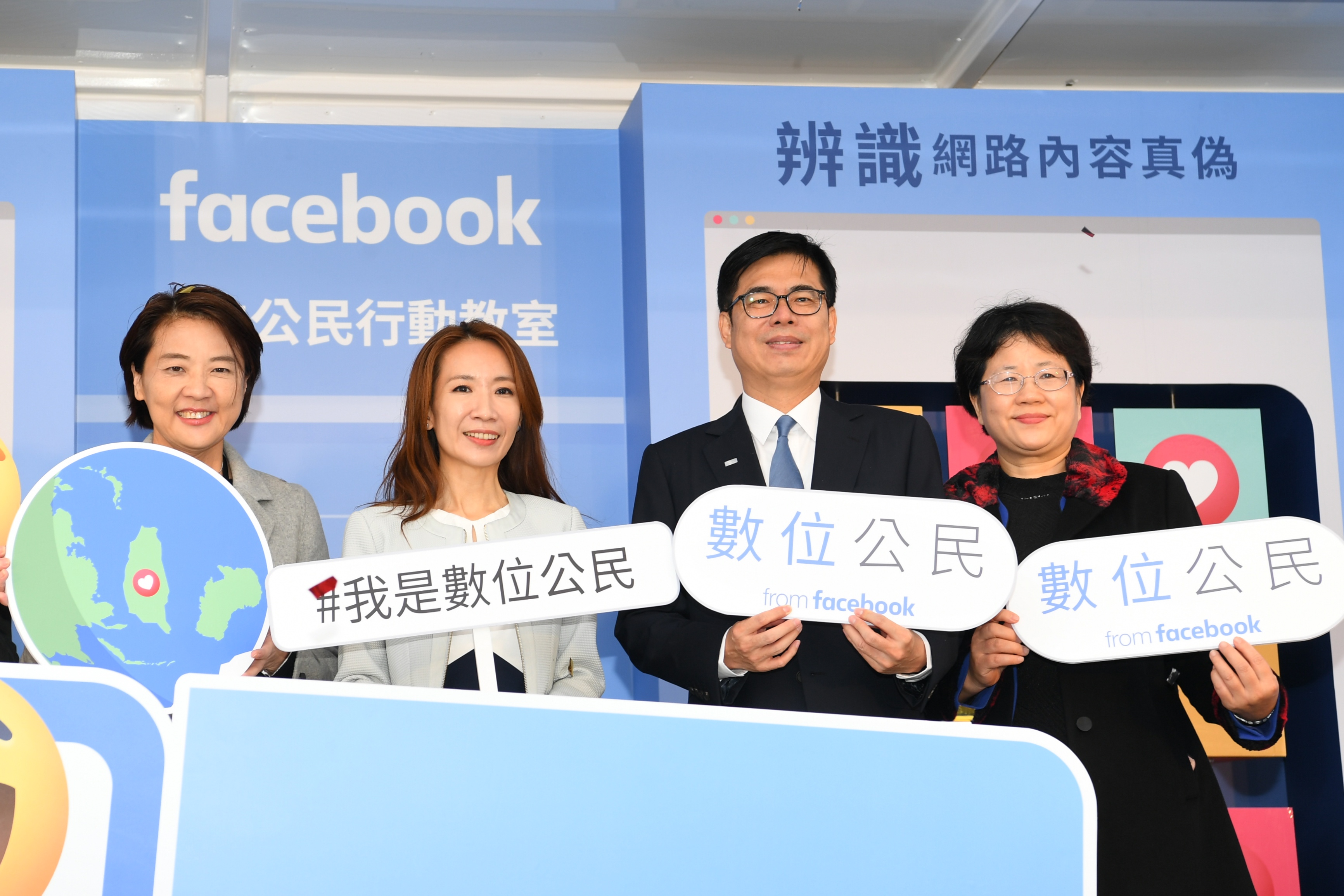 Facebook launched its mobile classroom in Taiwan on Thursday (Nov. 21) to promote digital literacy just after rolling out its We Think Digital project in Taiwan in September.

The Facebook mobile classroom, which was remodeled from a truck, is aimed at promoting online privacy, good internet etiquette, and critical thinking skills while it travels to seven cities — Taipei, New Taipei, Taoyuan, Hsinchu, Taichung, Tainan, and Kaohsiung — from Nov. 21 to Dec. 1.

Vice premier of Taiwan Chen Chi-mai (陳其邁) stated that the skills advocated by the initiative are very important and that Taiwan’s Cabinet has collaborated with Facebook as well as LINE to combat misinformation, reported CNA. For example, LINE has provided the Cabinet with a “rumors clarification” section free of charge on its LINE TODAY news page, Liberty Times reported.

In addition, advertisements informing the public of the ten tricks to recognizing fake information are being displayed inside taxi cabs along with a QR code that links passengers to a website where they can obtain more information.

Yu I-hui (余怡慧), general manager of Facebook’s Hong Kong and Taiwan offices, expressed that the company will continue to work with government sectors and locals to raise digital literacy at the event, according to UDN.