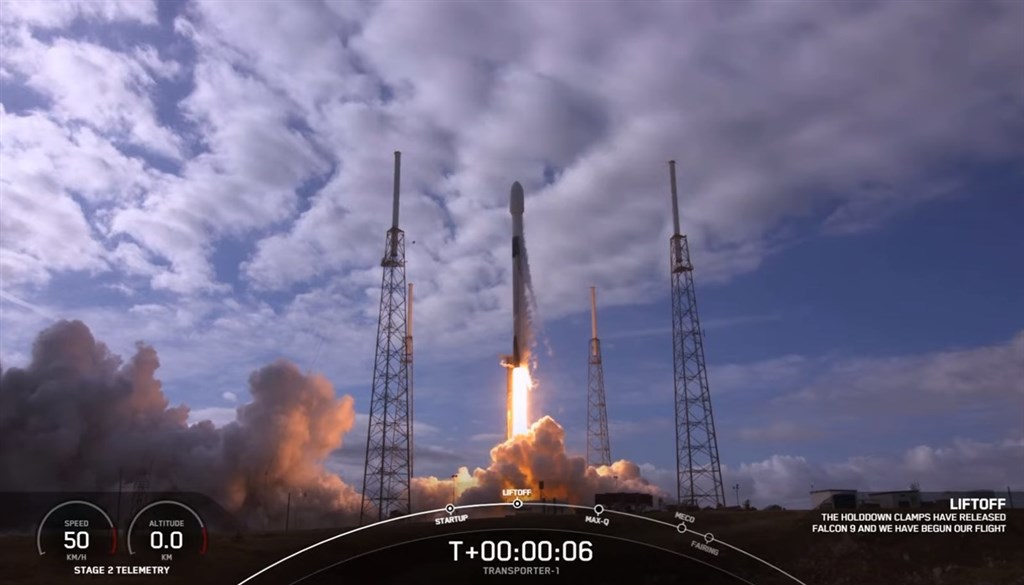 After a three-day delay caused by safety inspections and weather issues, the Flying Squirrel and Yushan satellites were sent into orbit by SpaceX’s Falcon 9 rocket.

The Flying Squirrel, a miniature “CubeSat” satellite developed by National Central University, will be used to research how plasma in the earth’s ionsphere, or upper atmosphere, affects radio waves, which are used for communication in 5G networks.

Chao Chi-kuang (趙吉光), a professor in the university’s Space Payload Laboratory, said the satellite will use a plasma sensor that is basically a miniaturized version of the one on Taiwan’s FormoSat-5 satellite, which was launched in 2017.

The other satellite, the Yushan, was produced by New Taipei-based MoGaMe Mobile Entertainment, and will primarily be used to monitor marine traffic.

The Yushan weighs about 2 kg and cost NT$4.4 million to produce, he said.

Taiwan’s Ministry of Science and Technology has praised the launch as the culmination of more than three years of work spent developing the satellites.

According to the ministry, National Formosa University has also designed a satellite, the Nut, which will be used for flight tracking, and it is expected to be launched in June.